Watch or listen to our weekly podcast every Thursday at 7p live on Youtube.

A change for this year, as many of you know Covid mitigation efforts are in full swing and will be for most of this year. In order to make a safer event for all, we have decided that for 2021 we will only hold a little different. We plan to have a 2 day show. Vendor and Attendee information below.
3 Rivers Comicon 2021 – LITE
Saturday May 22, 2021
Sunday May 23, 2021
Venue: Outdoors @ The Waterfront, Homestead, Pa
12pm – 7pm with 10a-12p for early bird shoppers.
Rain or shine
Vendor Space Pricing – Instead of selling a booth size, we are converting to tables for this event.
$50 per table space for a single day (Sat or Sun)
$80 per table space for both days (Sat AND Sun)
1 6ft Table and 2 chairs will be provided per space
*space under the provided tent are sold out. Space is available for the bring your own tent option.
Attendees – This event will be FREE to the public starting at 12pm There will be a 2 hour early bird for people interested for just $5 starting at 10am
You may want to bring an umbrella in case of rain.
Some more things to note.
• We will be spacing out vendors/artists to achieve the safest possible event we can in blocks by tent. 8 spaces per tent. Vendor spaces will be set up in the middle of the tents.
• PA COVID mitigation regulations will be followed as they are at the time of the event. Masks will be mandatory. NO EXCEPTIONS.

All stores are currently open their current regular hours.

All locations will be closed on Christmas Day. Enjoy the holiday! 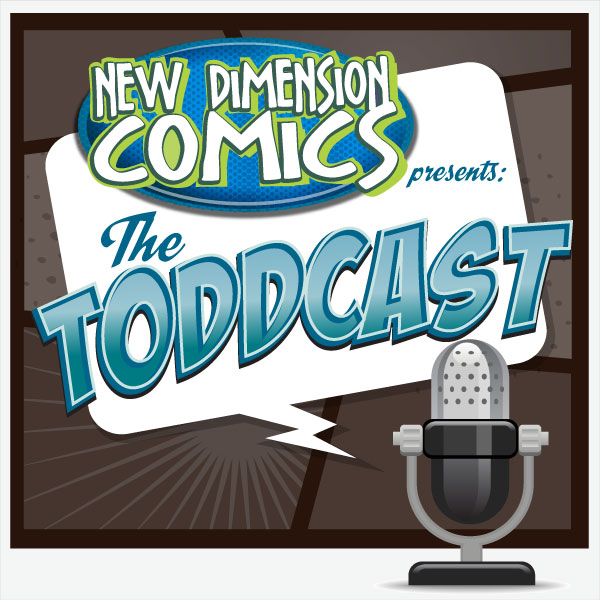 Don’t forget to visit our virtual booth at Mainframe Comic Con this weekend! Amazing panels, super cool vendors, and the most con you can get from the comfort of your couch! https://mf.cloud-con.com/Hall.asp?tid=4 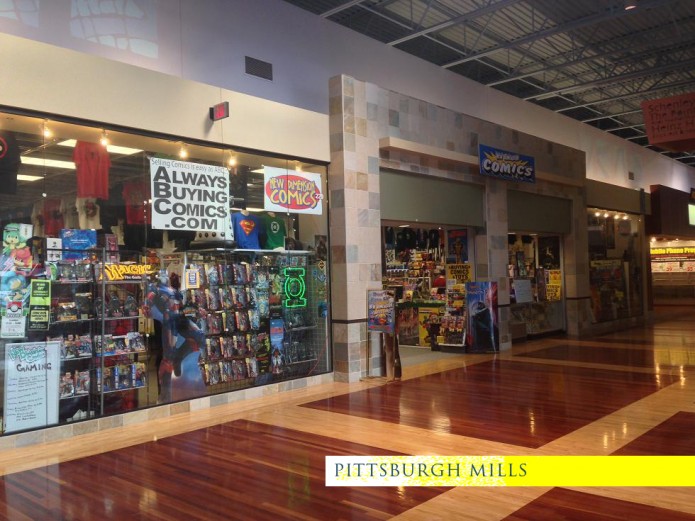 NDC Pittsbugh Mills will be reopening this Friday (June 5th) at Noon.

Our hours of operation going forward will be Monday – Saturday, Noon – 7 PM and Sunday 11AM-5PM for the time being.

We will be instituting guidelines to help keep everyone as safe as we can during these times:
– All customers and employees in the store will be required to wear face coverings.
– People must maintain a 6 foot distance between themselves while in the store.
– We will be limiting the number of customers that will be permitted in the store at one time. Information for this will be posted at the entrance to the store. Please be aware of how long you are in the store and be aware others may be waiting to get in.
– As a result of the previous two items, there will be no gaming events held in-store until until further notice.

To help offset the limit on the number of customers allowed inside and for anyone who cannot wear a face covering, curbside pickup will be an option. You can pay for items aside on your ComicHub account at the ComicHub customer portal (customer.comichub.com) with Credit Card *or* PayPal and we will run your order out to your vehicle. You can also order items direct via ndcomics.com/shop and choosing Pittsburgh Mills.

Thank you for your patience and support over the last 8 weeks. Welcome home. 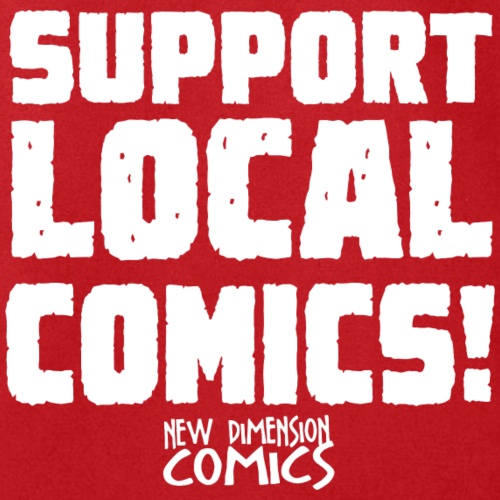 As we get back to this new “normal” we have adjusted hours at all locations. Here they are…

Please keep checking back as we will update this post when times for each location change.